Everyone knows Frankenstorm has just passed. Windows were boarded up. McDonalds, Starbucks and the Post Office were closed citing a world's end. One would have honestly thought the real Frankenstein Monster was coming to town. No, he was not burned to death by a bunch of angry villagers with pitchforks but rather he was alive and well. 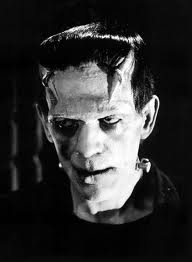 Not it was not the Wolfman either. In the movie Frankenstein Meets the Wolfman, Lon Chaney is resurrected from the dead. He says, "Every full moon I turn into a werewolf." I just wanted to tell him, "Sir, those are some serious problems." But in this photo he looks like a New Yorker getting cabin fever after days of being at the mercy of Frankenstorm. 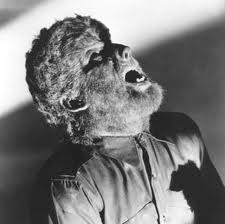 In this case the evil gypsy woman is not telling the New Yorkers that they cannot get out. It is Bloomberg who shut down our subways and Frankenstorm who is keeping us in. But the thing with horror movies is, when the gypsies begin to mobilize you know things are bad. Just like in real life. By the way Maria Ouspenskya was a famous Method Acting Teacher. Her claim to fame was the mother of Bela in the original Wolfman, the man that screwed Lon Chaney over making him a wolf every full moon.

That being said, what could have rescued us this Frankenstorm? It came so close to Halloween. I was doing BJ Thorne's show at the PIT, it is a talk show set in hell,and they were interviewing me about my book. BJ in the character of Vincent the host asked, "Does this book have no portal?" When I said no he said, "Then it is no use to me." Afterwards, his character then reads a book that he thinks will rescue him from hell only to realize it is a copy of Plan Nine from Outer Space. Then that got me thinking, "Plan nine from outer space, resurrect the dead." That sounded like a brilliant idea. 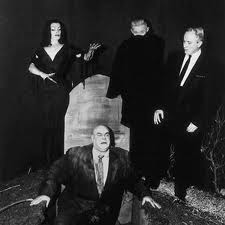 But Frankenstorm found me thankful. Throughout I didn't lose power or electric and still had running water. One man I know walked from the East Village to the McDonalds at Midtown to charge his cellphone. That is commitment. Not to mention friends and family banded together to make sure no one went without. It was very sweet. Still, there was all this hype. I found myself a little disappointed. In my neighborhood there was noncommittal wind, noncommittal rain, just like Kato Kaelin and his testimony in the OJ trial. Hell, he had more commitment than the storm in my neighborhood. 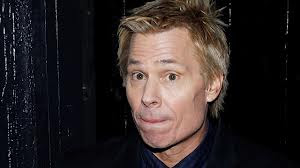 In some areas though it was terrible. The Jersey Shore is basically under water. What will Snooky do? Get her weave wet. Between her fat ass and her syphillis I am sure she will find some way to swim. With all the diseases she has she would only pollute the water more. 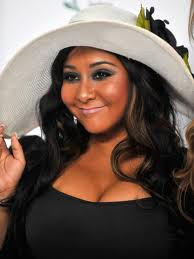 With the tanning beds wet tanning mom can't get skin cancer so perhaps this is a good thing. 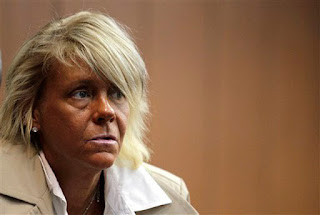 But look on the bright side, New York City is now ready for things like a zombie invasion. Hey, if the dead hipsters all rise from the grave we are all screwed. But now we have a plan. 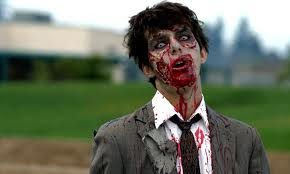 Still with all the hype I wanted to see Godzilla. 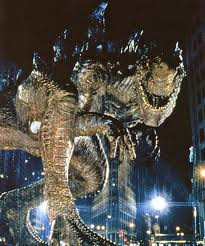 Or maybe King Kong. And maybe I could ask them all why does Hollywood always want to destroy my city? 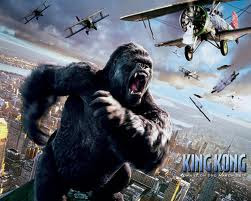 Rest assured though, one thing about New York City is that since the dawn of time, no matter how close we come, we always win against the aliens. 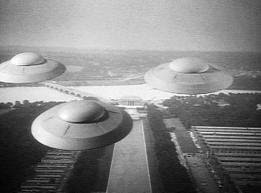 Last night I went out and saw my old friend and classmate F. Michael Haynie. He is currently in Wicked on Broadway as BOQ. You should check him out. He looked good and sounded good. Then I remembered the Wizard of Oz took place as a result of a twister. Yes, Dorothy Gale created an international incident by killing a dictator and accidentally overthrowing a fascist regime, but who couldn't help but oppress a munchkin? 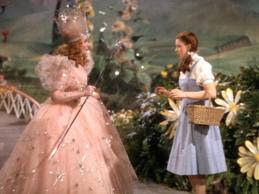 Twisters are usually good luck for me. After a big storm in high school I got the role of the Wicked Witch in the Wizard of Oz. Then a few years later I did the best set ever in the same show as Kristen Shaal. After that, when there was a real bad twister in Queens I was asked to do a show called My Strange Addiction with my little puppet children. Then during Irene I did one of many drafts of a book called I Came, I Saw, I Sang: Memoirs of a Singing Telegram Delivery Girl. What will this twister bring? Maybe some fan art by Libby Jay. 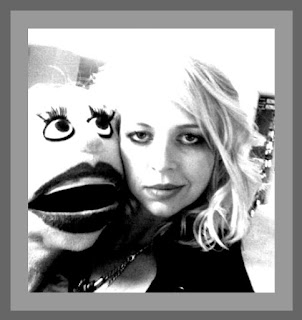 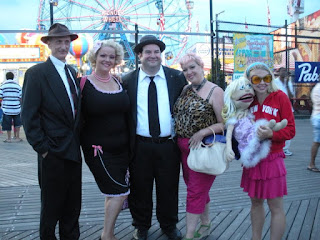 Maybe Snoop Dogg or Snoop Lion or whatever he calls himself will blow back into town. Will he be so gracious as to share his gin and juice with this shorty? 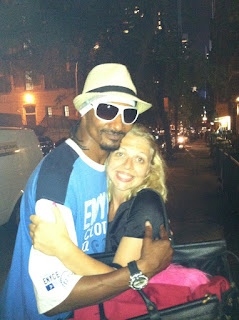 Maybe May Wilson and George Dudley will get their own reality show at the chagrin of April Brucker and Otto Petersen, detailing the nitty gritty of their tryst including love child. 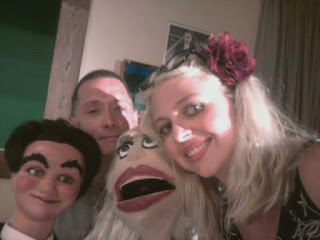 Maybe my puppet children will clean my house 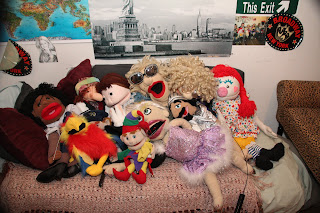 Speaking of munchkins and puppets, maybe Bruno Mars will drive up, serenade me, and take me to his Beverly Hills Mansion where I can abandon all notions of Women's Lib and never have to work again only to be a kept woman. Wait, that is May Wilson's fantasy. 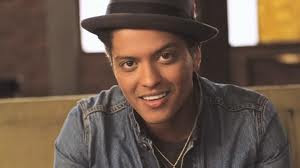 Or maybe a book called I Came, I Saw, I Sang: Memoirs of a Singing Telegram Performer will start to get picked up my stores. As I begin to schedule my book tour here's hoping. 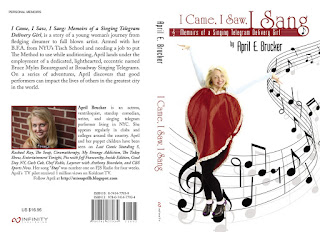 Either way my gym is closed because of water issues which meant no kickboxing. The highways are jammed to hell cause there is no public transport. The gas stations had people fighting as early as five in the morning. I havent delivered a telegram in days because of the transport issues. I believe that the chaos is behind us though. But just as Frankenstein had a bride, does Frankenstorm have a bride? 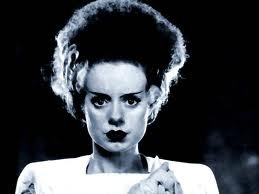 All jokes aside sometimes we need a Franksenstorm to show us how truly blessed we are, and how we don't know what we have until it is gone. I know right now this is a hard time for all of us and know that in our hearts we are being taken care of. That with a little faith we can navigate through these challenges before us.

I wrote this blog because I figured we could all use a little laugh.

I Came, I Saw, I Sang: Memoirs of a Singing Telegram Delivery Girl

Posted by MissApril at 4:45 AM