Last night I found myself feeling a mix of better and worse. The last few weeks have been intense. I could go into detail about the hit the telegram business took, how someone hacked into my bank account via paypal and stole some of the little money I had, how someone else owes me a lot of money (money that I need) and is being McShady. Not to mention the tremendous physical pain I feel and this gnawing depression because every headline is depressing, and the Romney supporters won't shut the fuck up.

I have news for the angry white men and the Bible thumping morons, you lost.

What does it matter?

I ended up doing an open mic which was fun last night. I don't go to mess around like the old days or to make friends. The friends I have are few and far between in that circle. Some have turned their back on me because of my blonde ambition and others well, it seems like they don't like the new April. The one who seems to do things with her life, the one who never gets knocked down no matter how much the world dominated by fat women and men threatened by her skill and intelligence wants it. Plus I am at a point now where I am moving on up. I am without  a home club. I could easily have one but if I get one again I want it to be a flag ship. I am not messing around. I don't have a manager. There are a thousand morons who will probably want to suck my toes at the next industry party, but lets see who just wants to suck my toes and who wants to actually help. So these days when I get up I do work. I detest paying for stage time. I might as well make the best of it and get the most bang for my buck.

After the mic ended I began talking to another fella who has been at it a while. He had his theories on the industry which were more optimistic. Mine on the otherhand were slightly more jaded and bitter albeit cynical. I know certain things to be sure. Making money isn't the only ticket to get into a club manager's favor. Some of it is do they like you as a person and do you fit into the clubs system. I know first hand because I lost my job at a club after making one owner a shitload of money. We talked about what it takes to make it and fame. I pointed out that fame was fleeing and being on TV meant nothing, case in point. This fella told me that it was all business and marketing. Maybe it was but there were intangibles. There was being the ethnic flavor of the month, being the right gender (usually male), being a certain look, luck. It was a mixed pot. It didn't matter how good your product was, how good you were at marketing, how talented you were alone.

This fella seemed more optimistic and said everyone was going for the prize and to create your own prize. I had tried that before. That didnt even work. Perhaps I had resigned myself at being miserable. We also talked about standup. My theory is that it's dead. It died when the internet was created and when youtube was born. While youtube celebrity is short lived, it is a quicker way in than busting your ass. While CK made it in middle age it is more likely to happen to him because he is a middle aged man. Time is always kinder to men. As a woman, unless you are damn talented, in middle age you need to hang it up because the looks thing is fading.

The more I spoke to this dude the more I started to like his energy. He wanted to use his comedic talents to help people, to be of service. Then I remembered the advice I got from a soap star friend, "Use your art as a service. Make it about sharing your gifts with others." I found myself parrotting the quote in a sort of wowsa sort of way.

Over my shoulder I thought I saw Joe Cannava, my deceased friend who got me to write my book. I remembered a convo we had once where Joe told me my problem was my bad attitude. I could still remember the slap of his words. Even from the grave he could verbally kick my ass. I wanted to interrupt this conversation cause I was going schizo. To my relief it wasn't my dead friend, just a stranger who looked just like him. Just then my energy began to change. I began to feel a hope and an optimism.

This fellas energy began to change. Let's create the cheese. Let's keep doing our own thing.

When I got home I got an IM from my friend Michael Barra, yes the man who sold Andrew Garfield his chocolate milk in the latest Spider Man. He was nominated for Best Actor in a Musical in CT for Hairspray and asked me to vote for him. I told him sure. Once upon a time, during another rather low point in my life, I was a personality panelist on a show called Music as a Joke at Standup NY. Michael was a contestant, my favorite that season. As a contestant his job was to serenade a judge and Michael picked me. Anyway, he scrawled my name on his back with black magic marker.

Since then my joke was that Michael, now that his career was rightfully on the rise, had tattooed my name on him once upon a time and had been the only man with a job and no criminal record to have done so. It was no problem because Michael always makes me smile.

I went to vote for him and as I clicked something bizarre happened. Without me googling it or searching for it the Amazon ad for my book popped up. Stunned, I took a screen shot. I clicked to the next part of the Broadway World site and my pop up popped up again. I took a third screen shot.

While I felt like hell I knew everything was going to be alright. Maybe I should be looking at the glass half full. The chip on my shoulder, now a chip and once a cinderblock, inhibits me from where I need to go. Maybe my new friend was right. Create my own cheese and look at a new way of doing things. Use my gifts to help others. Maybe he had a point. Maybe this meeting was not a coincidence. Maybe I needed to have my morale boosted. Maybe I needed a better attitude.

I then heard my friend Joe gentle admonishing me from another world telling me exactly that, dump the attitude. While sometimes I think I see him from time to time I have to remember that there are only so many faces and body types in this world. Sure that too could be a coincidence, but both times have been when I needed an attitude adjustment. I also remembered the book tour and doll line I had been planning, something the depression of the last two weeks as well as Mother Nature and the MTA sidelined. I could hear Joe telling me, "Get on that April."

Then I also heard him say, "Stop talking to your dead friends and go outside, seriously." And then I realized I was nuts for a minute.

Either way I woke up this morning and the sun was shining. I felt good. For as rough as things have been I have faith that the worst is behind me. A trainer friend of mine at the gym, a positive energy pointed out that God never gives you more than you can handle and look at how I survived. I can't take anymore. Let's wait another eight months or so for the next spiritual challenge.

But this trainer friend is hot and Joe would have allowed it. He understood the benefit of a hot guy.

I then sent more text for my first signing event at Symposia this Thursday 510 Washington Street in Hoboken at 7 PM.

I stopped by his page where I had dropped him a note the last time something like this happened. His sister who is lovely had written me a nice reply that actually made me teary eyed. I knew in my heart Joe would want me to design my doll line, write the musical, organize my book tour. He would also want me to have a better attitude about the whole comedy thing. Sure, a lot had happened but I was back in the game. If Joe was around he would be giving me one of his older brother type of ass kickings.

Either way I began to relax. Things had been down for so long that they could only go up. My boss let me know that things had been slow but we both have faith. And maybe I wasn't meant to have the jobs that fell through. Maybe the so-called Joe sighting wasn't an accident. Maybe it was a signal that I had to have a little bit more faith and a better attitude in order to change my luck. Maybe my new friend wasn't an accident either. Just as God had cleaned my house of the shit the second I got on TV he was now replacing the shit with new, good people just as he had been. And now I could add another good friend to my collection perhaps. In the mix I may have helped my dear friend Michael Barra win an award, something I did as a service to benefit someone else, someone who had made me feel good when life wasn't being so good to me.

My Amazon ad has also popped up. It means people are clicking. My book is out of stock. It might mean people are buying.

Either way I feel better. Relax, the blog could have been named after a Smith's song. 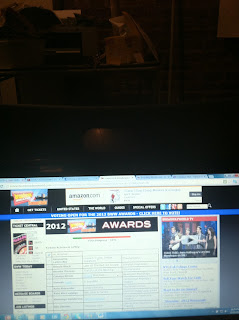 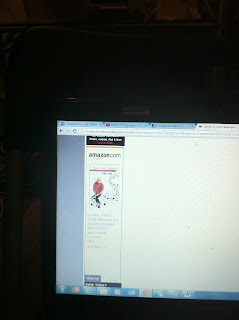 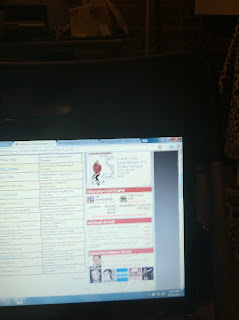