Buy the book. Authored by Todd and Tonya, it is a story empowering women. All proceeds go to the Battered Women's Shelter of Austin.

This is something that hits close to home for me, not just as a woman but as someone who survived both an abusive relationship as well as a stalker. Bottom line, no one: man, woman, gay, straight, trans, deserves to be hit or abused in any way. This mistreatment not only violates a person's health and safety but damages them for years to come.

As a woman and as an activist, I support this book and this cause. See my little picture on the spine. xo

Know a woman who is making a difference? Nominate her to be a Panic Girl at aprilbrucker@hotmail.com 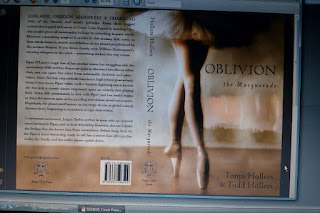 Posted by MissApril at 8:08 PM