Monday I had my hair done. Yes, I went to the salon, Vibe West to be exact. I wanted to do something different. My twenties have been through all sorts of phases. In my early twenties I was what people call a mess. My weight yo-yoed, I was neurotic, and everything seemed like such a struggle. My comedy had an angry girl edge in those days. I was such an artist, or in the words of dentist turned comedian Mike King "in my mind."

My middle twenties were me sort of straightening myself out. I learned not to be so angry, life was too short and most of the time it wasnt that serious. Not to mention giving too much energy to idiots made me look and feel like an idiot. And I learned hard and fast that bad decisions did catch up to you,and I had to change my thinking pronto.

Now I am at the stage where the fruits of my labor are beginning to pay off. I have seen significant television time and still do. My book has been sold out twice on Amazon and my ebook is coming out soon. The tide is starting to shift. I am going from a joke to a comedian people actually like and respect. Plus I am able to laugh at myself more too. In this era of my life I am successful. I am unafraid. I am a hot, sexy puppet mama.

Oh and now I know what is in my checking account, and there is money coming in on the regs. Rent is not a hellacious chore. I don't pray that my rent check doesnt bounce.

Whenever I did something good in my life, especially in my early twenties, I always waited for the other shoe to drop. I assumed it was an accident. Whenever people told me I was fearless and didnt care what other people thought of me I was like, "Are we talking about the same person? I assume everyone hates me all the time and that's why I don't call anyone." Hot and sexy? Did they know me in junior high when I struggled with my weight and girls threw tampons at me and guys asked me out as a joke? Do people know how terrible it is even after you lose weight to know you were once the fat girl? Should I mention I have a cry spot near my refrigerator? Dear Jesus God in heaven I am a mess. I still won't look at my junior high yearbook because the mean girls still give me stomach knots.

I guess when I was twenty six the tide started to change. I had a lot of good things lined up years before and they didn't happen. The ghosts of those always still follows me sometimes. I wonder what if? But looking back at it I know I wasn't ready. I would have screwed it up before it even started. Thank God I didnt get what I wanted back then.

But at twenty-six, after I started to get some television time I discovered hard and fast who my true friends were and werent. My true friends stuck by me of course. Then people I thought were my friends bad mouthed me wherever there was a keyboard coupled with internet. One even brought me to lunch and told me that I had become an egotistical jerk. It hurt my feelings. Was it even true? Then I realized that what was true wasn't that I was a mean and egotistical jerkface, but rather that he couldn't deal with the new and succesful April, the confident woman who had good self-esteem that didnt date losers. I wrote this friend and those like him off as a loss and never looked back.

I went through a period where I was a tad of an egomaniac, just to combat morons like that. But being an egomaniac is tiresome. Your favorite subject is pretty limited. The truth is a life in art is a journey, it is a ride. Is my life or my career what I thought it would be? No. But in a lot of ways it is better than anything I ever planned. The other night I was chatting with Stephanie Holmes and we were talking about comedy. We were talking about how it was hard to be taken seriously, especially as a woman. But the conversation concluded that me and my astro twin were both doing it, both making it happen. We were both out there as women following our dreams and not apologizing for accomplishing our goals.

Stephanie also called me "quite the business woman." It was a weird compliment for me. My house until yesterday looked akin to a World War I bunker on the Western Front. I have been running around like a mad woman. I accidentally tripped over my own shoes. But the rest of the world wants to compliment me because things are happening. I will take it.

At the hair salon, where I went blonde, platinum blonde, my hairdresser Denis Loyola told me, "Girl, you make it happen." Does he know that I shake in my boots with fear of utter failure? Does he know sometimes I take a shot in the dark because sometimes I don't know what the hell I am doing? But the man was giving me credit and making me pretty.

As the hair product on my head made my scalp slightly tingle, it occurred to me that a hairstyle gives someone a new lease on life. At twenty six I stopped being the innocent struggler, an adjective  someone used to describe me in an acting workshop once (I called them a slut to get back at them and said I wasn't judging), but perhaps they were correct. That person died and was replaced by someone who was achieving some success but questioned whether or not she deserved it. However two years after the fact I don't apologize for being who I am and am not scared. I work hard and deserve everything I get. If you say I am a jerkface because I am not a pathetic floor crawler I do not need you in my life.

At the same time, I can be that successful woman and be compassionate and humble. Good deal.

I am strong, assertive, talented, smart, successful, and am a hot and sexy puppet mama.

I am the twenty-first century fox.

My hair is platinum blonde and it demands I sexify myself.

Okay, maybe I am getting a tad carried away. Either way, check out my photos. Much love to Denis Loyola and Vibe West 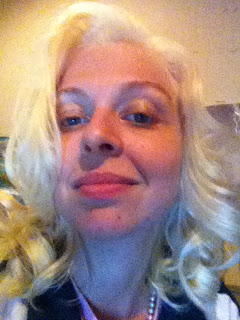 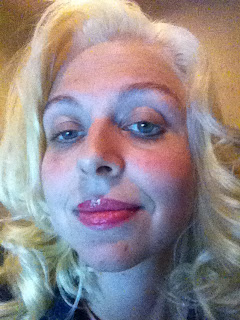 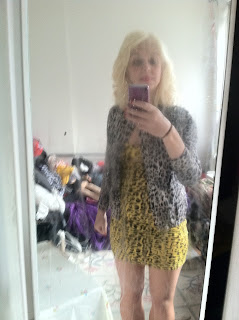 Love
April
I Came, I Saw, I Sang: Memoirs of a Singing Telegram Delivery Girl
877-Buy-Book
www.buybooksontheweb.com
Amazon.com
Watch for my ebook