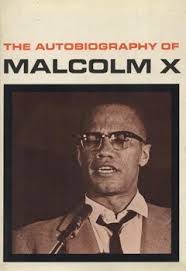 Posted by MissApril at 5:58 PM No comments:

Residency is over and I am feeling a mix of emotions. The first is sad. I miss my friends and my fellow cohorts. I miss my teachers. I miss my classes. I miss being around a community of people who like to write as much as I do.

I feel inspired. I am working on a piece about my family and my political activities. A Sienna (graduating cohort) told me I was to focus on a special project. When he tells you to do something, you do it.

I am feeling relieved to get some sleep.

I am feeling excited to dive into graduate school.

I am feeling curious to see how my new found zeal and knowledge informs my activism, ventriloquism, comedy and acting.

I am feeling discomfort as family members are asking me what I plan to do with this. I want to remind them that they aren't paying for it and to butt the hell out of my life.

Most of all, I am feeling proud of myself for taking a huge step. For adulting. For disagreeing with someone and then guiding her towards renewing her health insurance.

I am also feeling exhausted because I have been in school for 10 days straight. I love LA and I love the new direction my life is taking. For the first time I dont feel driven by the Type A bullshit that has made me a hard to take basketcase for so long.

I can't wait until my next residency in June. Until then, Happy Trails!

Buy My Merch
Posted by MissApril at 9:00 PM No comments:


Either way, school is about to start and I see my friends. I am headed to my first learning activity. Sure, I am doing the City of Angels on foot, but I am walking towards my dreams and goals. That’s the way I see it. And while Jesus wore sandals, perhaps tomorrow I will wear sneakers. As long as I am going to walk in LA I might as well be practical.

Buy My Shiznit
Posted by MissApril at 8:46 PM No comments:

This morning I got a friend request from an the best friend of an ex who was abusive. The whole experience was jarring to say the least. I know I am safe in the studio I am subletting for the residency in Culver City. Still, this piece of my past is one that is like the Indiana Jones Holy Grail. I look and there is a part of my spirit that gets sucked out.

I never disliked my ex's friend. He was actually a nice dude. But the memories are like open wounds with lots of poison being poured in.

It's always like that with DV. There are never enough laws to protect you. And when there finally are it's because enough women are dead. There are people who don't believe you because they don't see your partner at his or her most evil.Or they think you should get over it. Everyone has all the answers for world's most unwelcome party guest.

There are well meaning people telling me it is a part of the past and it is. But when your ex was part of the reason you invested in a PO Box it's kind of hard.

My ex threatened me physically, emotionally, and sexually. We need to keep the dialogue going. That way men like OJ can be convicted, showing the world women like Nicole matter regardless of their color.

My life is different and better now. I am not afraid. I am also not afraid to press the block button because clearly my ex's friend is just like him. Yes I do need to get on with my life. But again we need to keep talking because without a conversation there can be no change. Now to change my underwear. Because yeah, my mom always said to go to school with fresh panties.......

Had to end this blog on a light note.

Posted by MissApril at 8:33 AM No comments:

Tomorrow I begin a new chapter in my life. I have been accepted into Antioch University's Low Residency MFA Creative Writing Program in Los Angeles. Yes, LA. She who has no car let alone license is going to the very city where you need one. It will be a firm and shocking change of pace from the subways that I have grown so used to.

I have always wanted to do more with my writing and now is my chance. Plus I am entering a program where I can work, have a life, and am committed for 10 days a semester. That way I can continue my comedy and tour. I am also networking in a city where one gets eaten up easily. And I am getting to know the place without being tied into a lease before I really know where I want to live and if I even want to live there at all. And it is creating a chance to be bicoastal. Additionally, I am paving the way for a career in academia if I so choose to go that way.

And yes, I will have a masters.

I applied on a whim because I felt I needed a change and got in. There are some family members who aren't supportive and that's okay. I am an adult and don't need their approval. Sure, it stings in it's own way. But at the same time, I am paying for this myself and as an adult, I don't need to justify my decision let alone myself.

I will be in LV/LA for basically all of December. I will be filming a TV show in Las Vegas, going to school in LA, and then spending Christmas in town because of all I have to do.

I look forward to this new adventure. I say I was raised in Pittsburgh and grew up in NYC. Now it looks like I will become an adult in LA

Grandma Got Run Over By A Reindeer (Elmo & Patsy)


And from that point forward, we all remembered to close the garage when we were done for the day. That way, if someone got shot it was a burglar and not grandma.

Buy My Merch
Posted by MissApril at 7:47 AM No comments: