I read your story. I read about your conviction. I wish I could say I was sorry you were found guilty but I am not. Actually, I am relieved you will be punished to some degree because I find you repulsive and disgusting on so many levels. Worthless is more of what I was shooting for. Conrad Roy III was a person who had his whole future ahead of him and you manipulated and coaxed him to throw it away. Shame on you. What gives you the power to do that?

Looking at you, I wonder what kind of power you had over the poor boy anyway. You are marginal looking at best. Your eyes have this dead, soulless look. When you walk by you don't strike me as someone who has one bit of remorse, other than that this might interfere with your life and quest to be popular. Your eyebrows are hideous. Oh, and you look like you escaped from the TV series Girls, but they probably cut you because you weren't the least bit interesting. Just another whiny white troubled teenager with problems.

I will be the first to defend free speech. You cannot make someone do something unless a gun is put to their head. Then again, even in that instance one can choose to die. No one can make you feel any way. I get that. But this young man wanted to kill himself. It was no secret he was struggling with suicidal depression. You didn't call 911. You told him to get back in the car. Night after night he talked about wanting to die. You didn't tell an adult about Conrad's plans. Instead, you told him to stop talking about it and take action.

There is no word to describe your egoism, hubris and outright evil.

You listened with glee as he died.

I get that at times he wasn't the best company. People with psych issues who are not properly medicated never are. But if you called 911 maybe he could have finally gotten the help he needed. Maybe Roy's family would have taken it seriously. Maybe Conrad would have gotten the meds he needed along with the therapy.

MAYBE IF YOU DECIDED YOU WEREN'T THE BOATMAN ON THE RIVER STYX WHO TOOK MATTERS INTO HER OWN HANDS YOU TRIFLING BITCH!

Oh and you even told him how much carbon monoxide would kill him. With friends like you along with a severe mental illness, Conrad Roy III had no need for enemies.

FYI, I know how it is to be in a relationship with someone who's mentally ill. I get how painful it is when they won't get help let alone be medicated. I can tell you first hand how incredibly draining the experience is, managing their symptoms on your own and defending your partner to a world that can't let alone won't understand.

I have been in instances where my former partner was not only a danger to himself but me. His breaks with reality were getting worse. To add to the cocktail, he self medicated with drugs and alcohol. Instead of coaxing him to relapse or take his own life, I walked away. It wasn't an easy decision, but it was between him and my peace of mind. If Conrad got to be too much you should have walked away.

Let me tell you, I am no fan of my former partner. Mentally ill people do things that aren't kind. They lie. They steal. They cause chaos and conflict. Unfortunately their sickness is one where they not only bring down themselves but others. While my ex cannot safely be a part of my life, if I found out he was about to kill himself I would still call 911.

It's not because I love him or cherish him. But he is a father. A brother. An uncle. A friend. While he might not be in my life, his life is still worth something. And my hope still is, even as he is homeless and back on drugs, that he gets the help he needs and is properly medicated someday.

On a more personal note, a friend of mine helped me get the nerve to write again after a rough time in my life. He battled bipolar disorder and ultimately took his own life. I am about to release a second book, and my friend is not here with me which makes me sick. You talked Conrad Roy III into taking his own life, and if I could take a time machine I would have talked my friend out of taking his.

My friend meant a great deal and helped a lot of people. Yet he could not help himself. His sister's, years later, are not over the loss of someone who was a baby brother and uncle. Conrad Roy III's family will never be over his loss. They will not forget about it. And now the world will not forget about him either.

Was your sentence fair? On an ethical level yes. On a free speech level, that is still murky. Ironically you wanted to be popular. Well now you are the most hated woman on the internet. We all hate you. Trust me, no one likes you. No one.

There will be plenty of parties in prison where you will be going that you will not be invited to. You're the most hated woman in America. At least they had the nerve to murder people for real there. You were so pathetic you had to do it over the phone. Conrad Roy was sick and desperate, and in you he met evil.

I would tell you to kill yourself because you are worthless. Yet that would be stooping to your level. And if you wanted to kill yourself I would talk you out of it. Not because it would make me feel important or that the world would be lesser without you, but because it is the right thing to do.

It's because I am a semi-decent human being who does the right thing. A lot of us are out there. Hopefully your sentence, however long or short that is, will transform you into one too.

I know I haven't blogged in a while. It has been a mix of a lot of things. One is March saw a lot of death. I lost 2 people I knew to cancer in a week. One was a Las Vegas Director friend who helped me shoot a pilot. The other was a comedy club manager who gave me faith and food when I had none.

Then I had the stomach flu and work was insane. I didnt have a morning to sleep in let alone a moment to myself. Not to mention winter was like the party guest who wouldn't leave. You know, the annoying idiot who's boyfriend never lets her talk and now we know why? Oh and she kept double dipping which was so gross.

And then there was the rain. Yes, the rain was the downer party guest who probably worked in publishing that went to a preppy backup school that had a chip on her shoulder that she didn't get into Brown or her parents couldnt afford NYU. She not only just stayed with winter, but just had something negative to say the entire time.

Then of course I have been writing two books. More on that later. When you are writing a book, that mission is your book. It's like you are Rambo back from Vietnam dodging the cops. Except I do not have his prowess let alone emotional problems. Rambo is hot. He would be a good looking mistake.

God I have had too many of those in my life and times. But two books, does that make me more macho than Chuck Norris?

Anyway, I have an awesome show at the Duplex on June 21. It's my show The Lady and President Tramp. We have Donald J. Tramp. We have Kellyanne Oneway, Mexican President Don Juan De Casanova De Gorgita, Mike Dispence, supporters, protesters, and even a weirdo named Vlad that calls.

I have been working steadily on my show and am so proud of all I have done. Two my life was a lot different, and not in a way that was productive. If you want to know what I have been through, read my previous blogs. Either way, I am grateful for all I have today.

(God/Goddess is good, all the time)

The tickets are available here https://www.purplepass.com/index.php#157539/The_Duplex-The_Lady_and_President_Tramp_-__April_Brucker-The_Duplex_Cabaret_Theatre-June-21-2017.html

And if you plan on coming to surprise me, the address is 61 Christopher Street. Stalkers welcome.

Either way, I am closing this post with my photo of the week. Someone said I looked like Belle from Beauty and the Beast before their big outing. Now if I am the beauty, who will be my beast. Tear me up, Buttercup. MWAH! 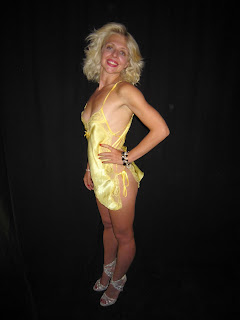 And before I forget, moment of silence for those lost in the Pulse Nightclub Shooting. One year has passed and it is still difficult. Saw the memorial last year at Pride and I thought I was going to vomit. 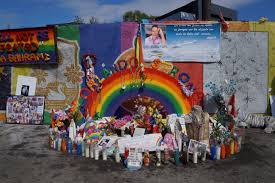 Posted by MissApril at 5:18 PM No comments: