10 Things You Don't Know About Me

1. As a kid I became a ventriloquist, but was able to study Japanese wooden puppetry in college as well as Balinese shadow puppets. I am also proficient with hand and rod puppets. (Henson style puppetry).

2. When I was 9 I had a near death experience and survived a rip tide.

3. My best subject in 4th grade was history and I won the class award, and also won the award for most books read several years in a row. I kind of cheated, Decline and Fall of the Roman Empire was my bedtime story.

4. Growing up my dad made sure we knew The Bible. While I am liberal now, I understand it incredibly and am annoyed when people put in words and events that aren't actually there. It makes me even more angry when they use it to take rights and freedoms away from others.

5. I was a gymnast as a kid and was even on a high level track before I got injured. I then tried to become a platform diver and while I wasn't afraid of heights I sucked at entering head first. My career ended before it began.

6. I swam summer club as a kid and my event was the 50 meter butterfly. When winter came I was a part of a local figure skating club. I was mediocre at both sports but showed a ton of spirit.

7. As a kid I had a German Shepherd Collie named Snapper, a goldfish named Goldie, and two Hermit crabs named Hermie and Pretty Nice.

8. I grew up without cable and with three TV channels and my parents said no TV on school nights.

9. I wasn't allowed to date or talk to boys in middle school let alone high school.

10. I was deathly afraid of the dark as a child. So much so that I slept with a night light on until I was about 11. Now I enjoy the dark quite a bit. 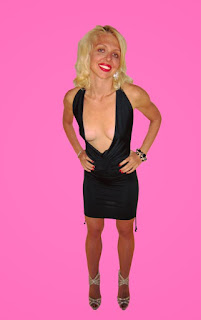